Bogotá is the capital of and largest city in Colombia. It is a place of convergence for people from all around the country and is therefore diverse and multicultural. Within this city, the past and present come together. The city is also very green thanks to its parks and the hills that extend along its eastern boundary, dwarfed by their two highest points, Monserrate and Guadalupe. The landscape that the people of Bogotá enjoy daily — the sea of green that makes up the Andes mountain range, rising up in the east — would be nearly impossible to find in any other large city.

Before the arrival of the Spanish, the area near present day Bogotá was sparsely inhabited by the indigenous Muisca. They were master goldsmiths who are thought to have originated the myth of El Dorado with their tradition of rolling their new chief in gold dust. The area of present-day Bogota was originally called Bacatá by the Muiscas meaning “planted fields.” It was the center of their civilization before the Spanish explorers colonized the area, and it sustained a large population. The European settlement was founded on August 6, 1538, by Gonzalo Jiménez de Quesada who quickly dispatched the local Muisca tribes, and named the area “Santa Fé de Bacatá” after his birthplace Santa Fé and the local name. “Bacatá” had become the modern “Bogotá” by the time it was made the capital of the New Kingdom of Granada, which was then part of the Viceroyalty of Peru, and later of the Viceroyalty of New Granada.

The city soon became one of the centers of Spanish colonial power and civilization in South America. In 1810-11 its citizens revolted against Spanish rule and set up a government of their own, but had to contend with internal divisions and the temporary return to power of Spanish military loyalists, who resumed control of the city from 1816 to 1819, when Simón Bolívar captured it after his victory at Boyacá. Bogotá was then made the capital of Gran Colombia, a federation combining the territories of modern-day Panama, Colombia, Venezuela, and Ecuador. When that republic was dissolved in 1830 into its constituent parts, Bogotá remained the capital of New Granada, which later became the Republic of Colombia. The city grew slowly because Bogotános (cachacos) wanted to preserve their old culture, including their cherished churches, convents, and ornate Spanish colonial style homes. The city expanded rapidly after 1940 as large numbers of rural Colombians migrated there in search of greater economic opportunities. It is sometimes called the “Athens of South America.”

On April 9th, 1948, sparked by the murder of the political leader Jorge Eliécer Gaitan, the people took to the streets, raided the shops and burned the churches and official buildings. At the time, Bogotá was a city of 400,000 people that had withstood many earthquakes, but the ‘Bogotázo’ as this is known, left the city in ruins. Shortly after the Bogotázo, the first modern buildings were constructed, followed by skyscrapers and shopping centers. In 1956, the municipality was joined to other neighboring municipalities forming a “Special District” (Spanish: Distrito Especial). With the Constitution of 1991, Bogotá was confirmed as the Capital of Colombia acquiring the name “Santa Fe de Bogotá,” and changing the category from Special District to “Capital District” (Spanish: Distrito Capital). The increase of drug trafficking in the last 25 years has exacerbated the ongoing civil conflict, although the frequent car bombings and other acts of terrorism that plagued Bogotá a decade ago have subsided. Occasional political assassinations are however, grim reminders that the violence has not been completely eradicated. In August 2000, the capital’s name was officially changed back from “Santa Fé de Bogotá” to the more usual “Bogotá D.C..” 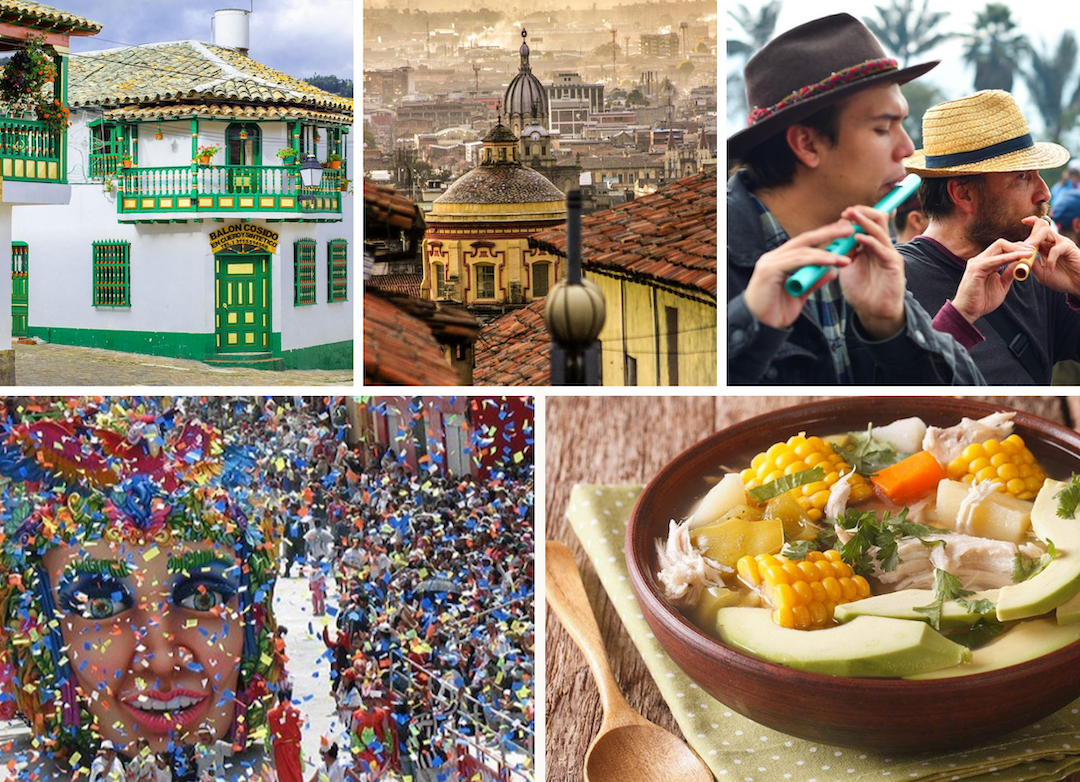 Ajaico- Known as Bogota’s famous signature dish, ajiaco is as much a part of the Bogota experience as the city’s churches and mountains. Due to the city sitting at an altitude of 8,646 ft (or 2,620m), the weather can get quite chilly. As such, ajiaco is the perfect remedy to warm up your insides. This steamy soup is made with chicken, potatoes, herbs, corn, and avocado – and delivered with a serving of rice.

Bogotá is the country’s cultural powerhouse. Its music scene is especially dynamic, giving Bogotá a unique and lively nightlife. These factors helped Bogotá earn the designation of City of Music from UNESCO’s Creative City Network in 2012. There are also a number of significant, internationally recognized events that take place in Bogotá: thousands of spectators come together each year for the Festivals in the Park, where they listen to rock, hip-hop, jazz, salsa, Colombian music, and all kinds of rhythms. These activities are part of the great cultural offer that describes the capital of Colombia.

Public green spaces are a fundamental asset of the city, hosting a wide range of cultural activities, such as the Festivals in The Park, which are five huge open-air musical events ranging from rock, hip hop, and salsa, to jazz and opera. Other highlights include the biennial Ibero- American Theatre Festival, the world’s largest event of its type, which attracts two million people every two years.

If you would like to learn more about this incredible city, its history and cuisine, check out these sites: 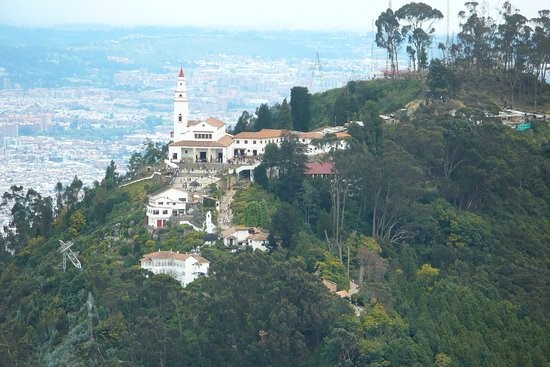 Women Writing Together for Social Justice: The Power of Arts and Exchange
Scroll to top